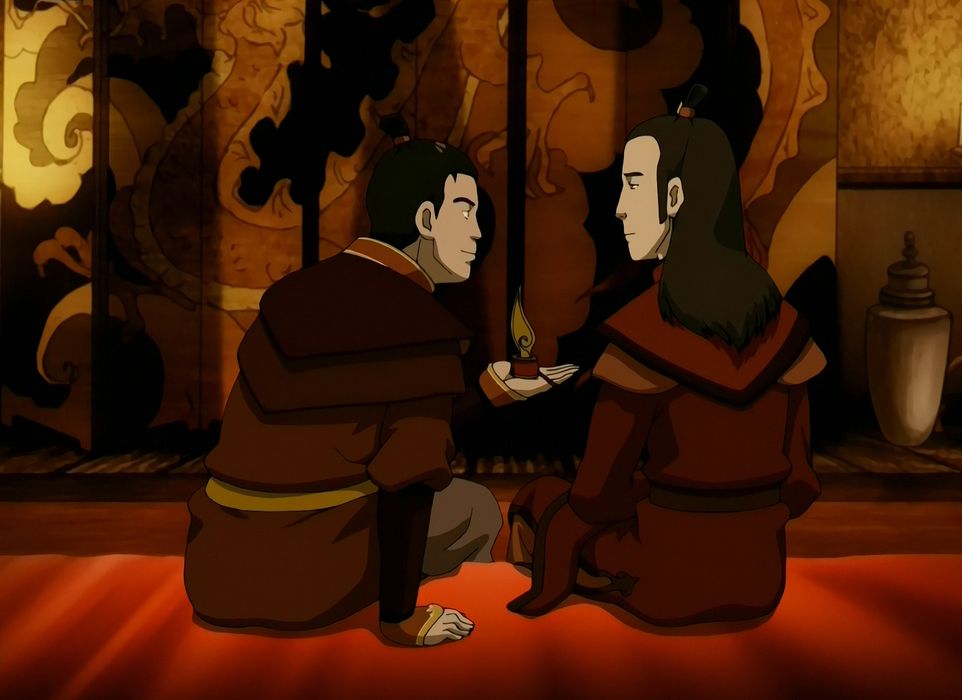 Hello and welcome to the start of our site event, Vile Villains Villainous Value (I came up with a better name)! Thanks for being here and supporting our newest event. This time around each entrant will highlight a villainous moment and it’s inherent value to either the story, characters, ourselves or some combination. A friendly reminder to check back in tomorrow and Wednesday for our remaining entries and again on Friday (07/15/2022) for the opening of our voting poll. I hope you’re ready for some villainy because things start now!

I know the internet and likely your social circles have already talked to death about how great Avatar: The Last Airbender is and that’s all fine and cool. I’m going to take a moment here to talk about it anyway. There’s an episode that has a great example of a classic trope in fiction: the betrayal. Betrayals are an effective literary tool for adding subversion into a story. They’re not so versatile as to enhance every story that has one but like enough to have you go varying degrees of “oh” with consistent success. Betrayals are effective when they can focus on character relationships AND have lasting impact in the story. It’s really that impact that I’d like to hone in. So in order to do that, allow me to provide some quick context for the show before going into the episode.

The world of ATLA is one at war. The Fire Nation has been at the helm of what’s been referred to as the “Hundred Year War,” which began with their genocide of the Air Nomads. This was done in order to end the reincarnation cycle of The Avatar and was thought to of been successful. Fast forward a hundred years to the start of the series where a boy trapped in ice is discovered and is revealed to not only be the last remaining air bender, but The Avatar reincarnated. What happens next is one heck of an awesome ride. Now that we have some context, let’s jump into the episode I’d like to talk about.

The Avatar and The Firelord

In book three, chapter 6 of Avatar: The Last Airbender we’re shown two of our characters in search of answers about their past. What we as the audience get to discover is how intertwined they are to each other. If you couldn’t tell by the title, this is the story of Avatar Roku and Firelord Sozin, one of friendship and betrayal.

When we’re young we don’t know what our friends could grow into. We may share similar experiences with them through our formative years, but what does that really amount to in the end? Part of growing up is seeing for yourself and acknowledging the truth, whatever that may be.

It’s hard whenever you grow apart from someone you care about. How do you manage your feelings about it? What will you allow it to do to you and are you prepared to accept the consequences? For Sozin, the answer was most likely yes.

Our nation is enjoying an unprecedented time of peace and wealth. Our people are happy, and we’re so fortunate in so many ways. […] we should share this prosperity with the rest of the world. In our hands is the most successful empire in history. It’s time we expanded it

Fire Lord Sozin to Avatar Roku about his plan that would lead to the start of the Hundred Year War.

So remember how this episode started with two of our characters in search of the truth of their past(s)? Well by the end of the episode we learn of why history remembers the relationship between Roku and Sozin as it does. It’s uncovered that it’s largely been altered by Sozin. Through doing this he was able to control the narrative and enable his goal even beyond death. This all to me is why I selected this as my villainous moment. Sozin’s betrayal of Roku enabled him to carry out his long sought after plan to spread the influence of the Fire Nation which in practice meant conquering the world. Generic, I know, but it makes it easy to examine at least. When Sozin passed his son Azulon would continue the efforts and as would his successor and show’s big baddie, Fire Lord Ozai. Each new Fire Lord would raise generations of supporters and further Sozin’s conquest. What’s interesting to me is how the show largely positions the Fire Nation itself to be villainous and for intended purposes it is for most of the show. That is until you get to the third and final book of the series and are shown how complicated that actually is.

I don’t have much else to add as far as commentary goes, but would like to highlight one last thing. By episodes end we’re able to see how our two characters react to their findings. I’ll end this on a quote by Aang, the protagonist of the show and one of the two characters searching for answers this episode:

Roku was just as much Fire Nation as Sozin was, right? If anything, their story proves anyone’s capable of great good and great evil. Everyone, even the Fire Lord and the Fire Nation, have to be treated like they’re worth giving a chance…

Man, ATLA is so good and this episode is a consistent reason why.

Thanks for stopping by!

Well that’s all I have for my entry. Hope you enjoyed it and be sure to tune in tomorrow for our next entrant. Until then, be well and be safe, and enjoy the rest of our event!

2 throughts on "Villainous Value – The Avatar and The Firelord"