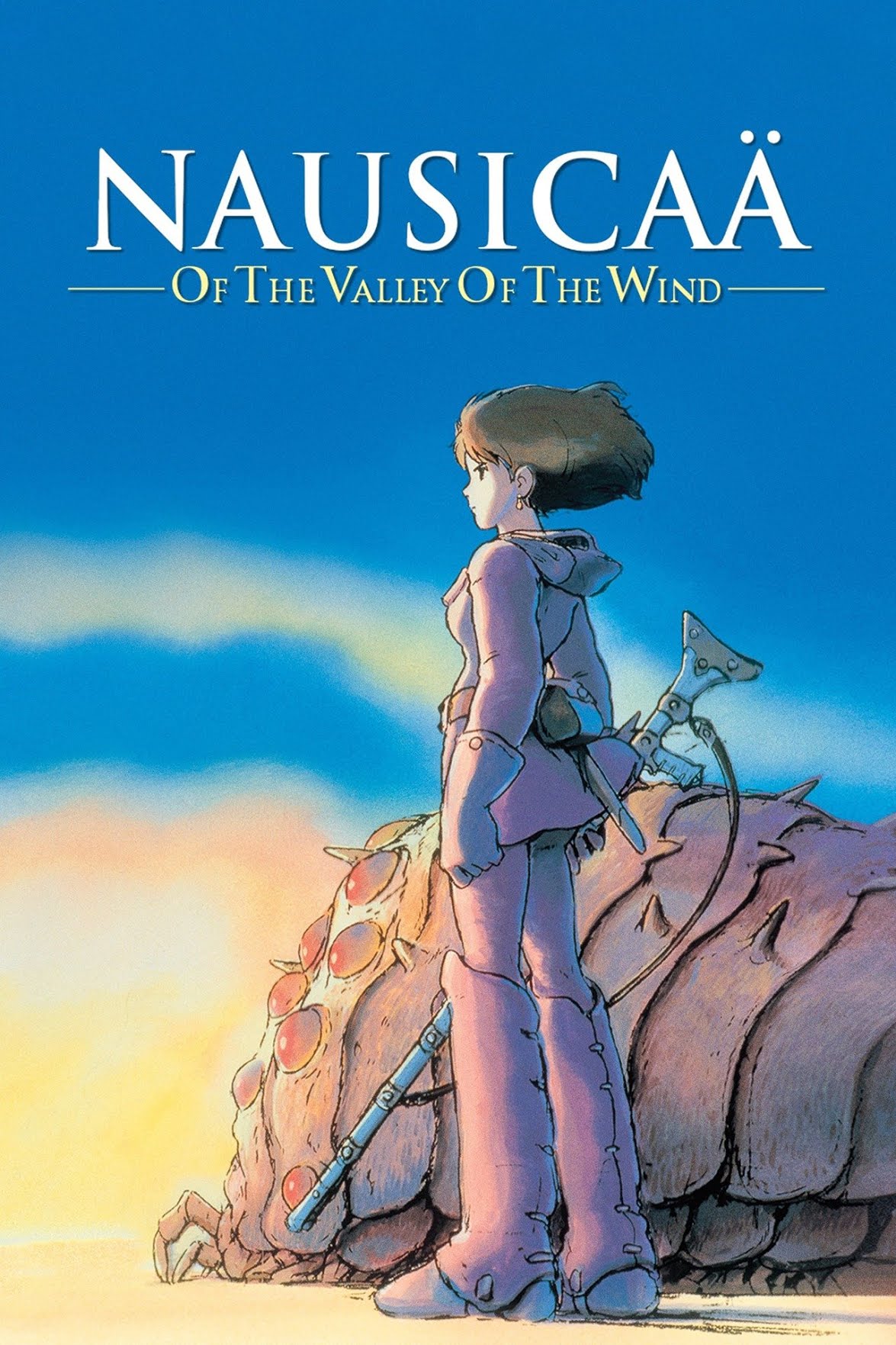 Hello and welcome to the beginning of our next site event, Story Hooked. Each entrant and I pretty thoroughly enjoyed the opportunity to share our thoughts on the topic of story hooks/hooking. I can’t say I’ve put too much thought over the years as to what got me with the things I’ve enjoyed so selecting one was a small feat of its own. I’m sure I’m not alone on this and I hope our event can generate some discussion. I could see us returning to this topic another time, what fun! Stay tuned over the week (04/18 – 04/24/2022) as we unveil the other three entries, closing with our public poll opening up on Friday – Sunday so that you can vote for your favorite. Be sure to share your thoughts with us on our socials throughout the week and without further ado, let’s get into it.

The Princess Who Rides The Wind

At the end of last year I made a post about the media I enjoyed in 2021 and on that I mentioned a film called, Nausicaä of the Valley of the Wind (1984). While thinking on the stories I’ve enjoyed over the years, I began to wonder all over the place. Then, it hit me. It was just last year that I fell in love with a film, one made with passion and vision by Hayao Miyazaki and co., about a princess from the Valley of the Wind and her journey to teach compassion to the world. The story of Nausicaä takes us through a land that’s shrouded in a poisonous past. The history of this world fuels its plot, which for a guy like me who’s all for fictional world building, was ready and wiling to see what it had to offer. When did it hook me? Honestly, right from the beginning.

I’ve gone ahead and found the opening scene(s) of the film on the YouTube for us. Despite it not being in English, the visual storytelling is all that’s really needed in the end. I’ll see you on the other side, enjoy!

The story opens with a man wearing a ventilator mask riding through what seams to be a land infested by spores. He’s on an Ostrich-like animal accompanied by another via lead, both also wearing similar masks. So it’s clear they’re traveling through a toxic environment. We start to see a bit more in the form of beds of spores on decomposing trees, spewing more toxins around. We ride into a small village and investigate around. It becomes clear that this place has been lost for quite awhile and that it wasn’t welcoming to the likes of him anymore, it belongs to the toxic jungle now. Massive insects start buzzing from overhead and with it the man rides away, queuing the title sequence to start, but not before we’re given some context to what we just saw.

There’s an important section in that video above that provides us with said context that I didn’t want lost on the technicality of it being literally lost in translation:

“A thousand years have passed since the collapse of industrialized civilization. A toxic jungle now spreads, threatening the survival of the last of the human race.”

Opening narration for Nausicaä of the Valley of the Wind (1984)

So it seams we’re in a post-industrial collapse of mankind, eh? Alright, how did we get here?

Without any break in flow, the film takes us through what happened through the clever use of its title sequence. This sequence is a beautiful marriage of visual story telling and musical composition. As Joe Hisaishi’s score begins and we hear something that gives off old world vibes, like we’re being told of an ancient past. We’re shown the story of man, who appears to be thriving industrially, eventually building towering machine men. Their purpose to destroy, a weapon to use against foes. The score settles into feeling more somber as we learn that the machine men burned the world down. In the aftermath, the world left over decayed into a wasteland filled with huge insects as the toxic jungle began to take hold and spread across the land. Together the insects and jungle pushed the humans into further disarray. The score begins to swell as the strings come in as we’re shown the image of a savior of sorts; a woman in blue who rides the wind.

So from just this much runtime we’ve learned some very important details about the world of Nausicaä:

These details don’t just disappear, they remain constant. So much was just exposited and all it took was about half a title sequence! Ok, what else are we shown?

A beautiful open blue sky fades in as the score shifts it’s tone to something more mysteriously optimistic as a lone woman is presented gliding with ease. We’re shown a bit more of the world, including giant corpses of what allude to be the giant machine men illustrated just a moment ago. Their demise unknown still, we’re just left to ponder how. As that happens, the score explodes into a beautiful theme of exploration and understanding as we eventually land our glider near a weird jungle of spores. Our stranger enters in armed with a rifle and sword as the score begins to back off and things quite down.

Once we’re inside we’re immediately drawn to looking at it as an ecosystem as we hear the sounds of the jungle mixed with Hisaishi’s use of synthesizers to accent the audio with other-worldly tones. We watch the character walk through the environment with a sense of familiarity. Where else has she been, what else has she seen? She takes a sample of a spore and eventually comes across tracks for a thing called an Ohmu. We watch our character uncover the tracks until we eventually stumble upon the empty shell of said Ohmu. We continue to learn about the knowledge this woman has through the rest of this scene and the comfort she exhibits within the toxic jungle, but unfortunately you’ll have to take my word for it as far as this post is concerned.

Man what a way to start a film and a stellar example of show, don’t tell. So much is communicated with what seams like ease, but in reality is the byproduct of love, care, and passion by the creators involved. All this culminates into a story hook worth getting caught by and I know I’m not alone. If I’ve piqued your interest for more, you can watch this film through the Ghibli collection available on HBO Max via a paid subscription. It’s also largely available for digital rental and/or purchase through YouTube, Google Play, Amazon Prime, Apple TV, and other platforms too if you don’t have access to the service. It’s about an hour and thirty minute runtime and it really uses every second to good use. 1984, who would of guessed something of this caliber was made nearly 40 years ago. The 80’s strike again!

So, what did you think?

I hope you enjoyed my entry for our event! Thank you for taking the time to read my thoughts on the opening of this film. I had a nice time writing this up and even re-watched the entire film earlier in preparation for creating this post. It was a pleasant way to spend my afternoon and welcomed an opportunity to relive the story of Nausicaä. This story and it’s background with its creation captivated me so much so that I got my hands on a hardcover boxset for the manga, the source material created by Miyazaki himself. It’s one of my favorite pieces in my collection currently and looks damn good on a shelf.

Anyway, stay tuned through the rest of this week as we debut more of the entries on the site. Remember that on Friday our public poll to vote on your favorite will open up and close on Sunday at midnight. Everyone gets one vote so please be sure to read all entries once available. I’ll be back next week to recap our event and unveil our winner! Until then, be well and be safe, we’ll chat soon.