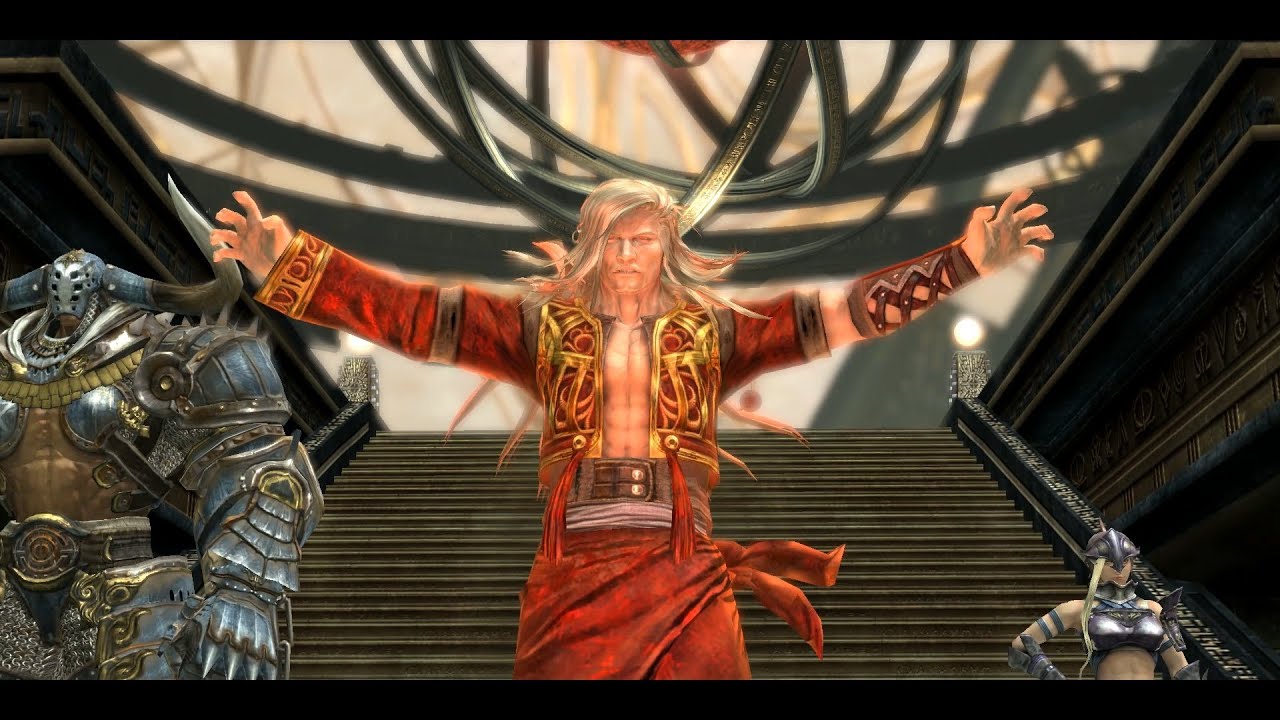 When most of you think of beat drops you probably imagine a quiet scene with alot of tension and buildup with little to no background noise, then the music kicks in. They’re effective, the silence hypes the audience up for the eventual return of sound, and when it’s banging it satisfies our expectations. However what I’ll be discussing is quite different. We’re discussing a moment that has pretty decent music to begin with that suddenly gets replaced with absolute hype. However I’m getting carried away here, let me set the stage first, as context makes understanding and enjoying moments all the better.

The Last Remnant is a game I’ve talked about before in a lot of detail. Over the course of the long campaign there are over 60 side quests available to pursue, and while they often have great rewards worth pursuing on their own, there is one of my all time favorites earned through these. The enemies in the game scale with your level to a degree, so the final boss will always be a fair challenge at minimum, however the final boss also increases in power with the more side quests you complete. Certain side quests will either add or remove moves from his pool if you complete them as well, and completing all side quests unlocks the ‘True Conqueror’ boss fight. The starting track for the boss fight is already pretty solid, although that’s true of most tracks in this game. I suggest giving it a listen while you read, it’ll give you a feel for the vibe of the fight.

That being said it’s no easy task to do every side quest in this game. Some of them become unavailable if you advance too far in the plot, and some regions on the map you never encounter in the story and require you to explore. Perhaps most difficult is that some of them require you to beat ‘Uber Bosses’, one such mission ALSO disappearing if you advance too far in the plot. It can be difficult enough to successfully get all side quests finished with a guide, so doing it blind is nigh impossible. However the reward is super worth it, even if you only do it once.

The setup for the final boss is fairly typical of JRPGs. The final boss is trying to power up a device that’ll wipe out most life on the planet, the heroes need to stop him before it’s too late. The way the final boss goes is quite simple: you fight the two Lieutenants of the Conqueror together who try to stall for time, then once you defeat them he enters the fray himself. Fighting these two is something you’ve done before, and no new tricks are added other than that they’re majorly beefed up, but defeating them is still relatively easy. As soon as they’re defeated, the Conqueror shows up and nukes the board.

He’s a fairly straight forward boss to start with. You recover from his big entrance and deal with his sword attacks that, while dealing massive damage, are otherwise quite manageable. Everything changes after you take off 1/2 of his health bar. He drops his sword, a worrying sign. Then the music changes, and there’s an eerie track that begins to play as he powers up. You begin to sweat a little. As your first union attacks him, the guitar kicks in and it kicks in hard. You see the attack he has queued up is titled ‘Obliterate’. You think to yourself, “that sounds pretty scary but we’ve been handling all his shit just fine already, what’s the worst that could happen?” Then… his attack does as expected and kills your entire union. All the while the music just gets more and more aggressive. The beat drops… then you drop! Take a listen, you’ll see what I mean, this new track starts off ominous and is intentionally paced to key in around the time you start fighting him again, it’s really quite brilliant!

The rest of the boss fight is a constant struggle to revive your unions whilst still dealing damage, and the music is singed into your memory. He uses massive AoE (area of effect) attacks at the end of turns occasionally that make it all the more difficult to balance healthy squads. The fight is tense, but that first moment when the guitar kicks in and he kicks your teeth in stays fresh in your mind. That’s what I call a needle drop.