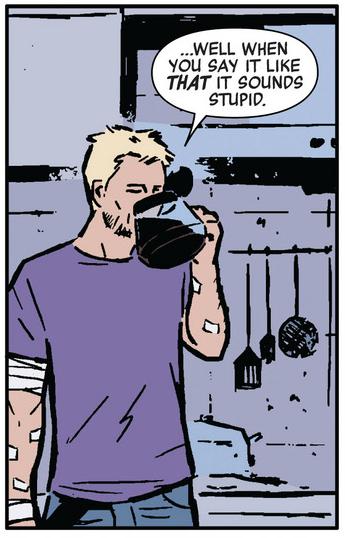 Love is grand ain’t it?

Hey, how’s it going? Did you have a nice Valentine’s Day? Not your thing, don’t worry about it, it’s not my thing either. I honestly didn’t think to make a topical Valentine’s post last week. I did have a nice dinner with my Long Term Girlfriend and her parents, which was a lot better than sitting around a bunch of random couples. Good stuff all around. On the topic of love, today’s is about the ways love is shown by fans within their fandoms. There’s a lot that’s been said on this and in general most of it boils down to “do whatever, but don’t be a dick.” A pretty gross generalization, but not inaccurate. I found myself spending a good amount of time thinking about this topic last year. Maybe it was the MCU returning to theatres or the growing disdain of fans with media trends. Either way, I have some shiz to say and hope you have a second to read about it. Let’s get started!

What is to be a fan?

There’s a ton of ways to go about describing what it is to be a fan, both flattering and unflattering. It’s so normal to openly be one nowadays, which I’m still getting use to in some ways. For a very long time it was seen as a private matter. Maybe your friends or family knew to some capacity, but that could of been it. General conversations weren’t as common so many found and/or made ways to be able to have them with other fans. Message boards were the places to be and for some, like myself, still are in order to be able to enjoy an immersive conversation over shared interests. So what is it to be one? I would argue that defining a fan has become simpler for a few reasons. With corporations getting their mitts more on cherished franchises, huge influxes of newcomers to fandoms happen all the time. Everyone’s reason for being there is unique to an extent, but where things begin to differ is pretty cut and dry. To state it bluntly, it’s how they treat the source material and other fans.

To me, the treatment of the source material is paramount to how I approach thinking about a fandom. I think nowadays it’s become too easy to disregard everything in order to further our own agendas. I’ll give an example: I’ve discovered that there are people who adamantly want to use well established characters and stories to bend into a vehicle(s) to deliver their own messages. This isn’t taboo, it happens all the time since new perspectives change the landscapes of these things often, but at some point it should be decided whether the message is in service of the character and/or story or something else entirely. I feel that’s the thing that’s irked me the most as a fan watching new people enter into the scene is how quickly everyone is able to turn on each other over this. We’re all allowed our own interpretations, but I don’t think it should be normalized to scrutinize each other over it. I know there are some people out there who would argue that it comes with the territory of being a part of a fandom. That may be so, but it doesn’t have to be this way. We could be more accepting, ya know?

Being a fan in the modern age

There’s a difference between being a supporter and being a fan. All supporters are fans, but not all fans are supporters. In an age where resources exist to aid in supporting the things we love, it’s become noticeably easier to both support and not support your favorite pieces of media and/or creators. My younger sister and I had a conversation about this not too long ago. She made a very solid point stating with social media becoming pretty unanimous with fandoms, its become increasingly more obvious to see who are fans and who are supporters. All supporters are fans, but all fans are not supporters. With social media dominating the cultural consciousness, there are so many people out there who’ve established themselves as fans and very loudly. We didn’t argue over how appropriate it is for one to do so, but agreed that it has been way easier to spot those who are really just that; a fan.

Take the MCU for instance: this film franchise developed numerous pieces of media adapting in varying degrees characters and stories that’re within the decades long history of Marvel comics. I would argue that there’s still a noticeable percentage of MCU fans that grew to become fans of the source material, but have not spent a single dollar on a comic. What’s been known for a while now is that the people online who talk the loudest about the characters and claim they’ve read is because they likely pirated and/or read through illegal means. They were so into being a fan that they couldn’t be bothered to support the thing they loved in one of the most important ways needed. Am I being insensitive to those who don’t have spare money laying around? Yes, but not intentionally.

There’s plenty of cost effective ways to support the creators and/or publishers without spending too much. Digital comic subscriptions are the most cost effective than they’ve ever been. Your own public library systems are and always have been great avenues to read and experiences these stories. All pirating does is serve the means of exposure at the cost of the long term success of the work itself. There’s tons of angry fans on the internet who scream into the void about their favorite character(s) having their series cancelled yet wonder why that can be as they search for the newest issue of an ongoing series for free on their go-to website. Like c’mon, this isn’t difficult to grasp. If you like something, find the best way to support it within your means, otherwise don’t be surprised if it isn’t there in the future. Your wallet, as always, is the ultimate way to aid in insuring that it survives.

The last thing I’ll touch on is how piss poor a job Hollywood has done to cross promote the source material with any newly released adaptation. There’s little to no synergy present and I really don’t understand why. When one of the recent rounds of marketing for The Batman came out and news of them actually promoting the comics that inspired the film, I thought they were lies. Well, for once something intelligent happened with the marketing of a super hero adaptation, probably because it wasn’t Disney. I have a lot to say about Disney’s approach to marketing their Marvel properties, but it’ll have to wait for another time.

Getting back on topic now, why does this matter? Again, I’d hope the answer would be obvious: it’s corporate synergy. What better opportunity to remind people that decades of stories for their favorite character(s) still exist than with the release of a new film starring said character(s). It’s such an opportune time to help support the industry that birthed it all, but unfortunately a lot of people forget there’s entire universe(s) of stories to explore. What am I to think when the marketing departments of these studios and companies backing the production of their adaptations don’t even take the time to do just that? What silly nonsense honestly, it’s like they don’t want the growth and furthered success of their properties.

Maybe we’ll come back to this

That’s enough for now. I don’t particularly enjoy this topic, but I wanted to begin a dialogue on it with you all. In today’s landscape of massive IPs ruling over pop culture, I wanted to share my thoughts in hopes to further the conversation. I retain that the explosion in popularity for comic properties was not beneficial for all parties involved. I guess I can come back to this later, so for now that’s the end. Thank you for sticking through, I hope my rambling was entertaining, you’ll have to let me know and please share what you think on the topic(s) touched on. The important thing when talking about fandoms is to do so with respect. No matter how much you don’t understand, know that there’s probably someone thinking similarly about your favorite thing(s) too. Anyhow, I’ll talk with you all next week. Be well, be safe, and please do enjoy this comic panel from 1961. No context needed, just as the doctor ordered.