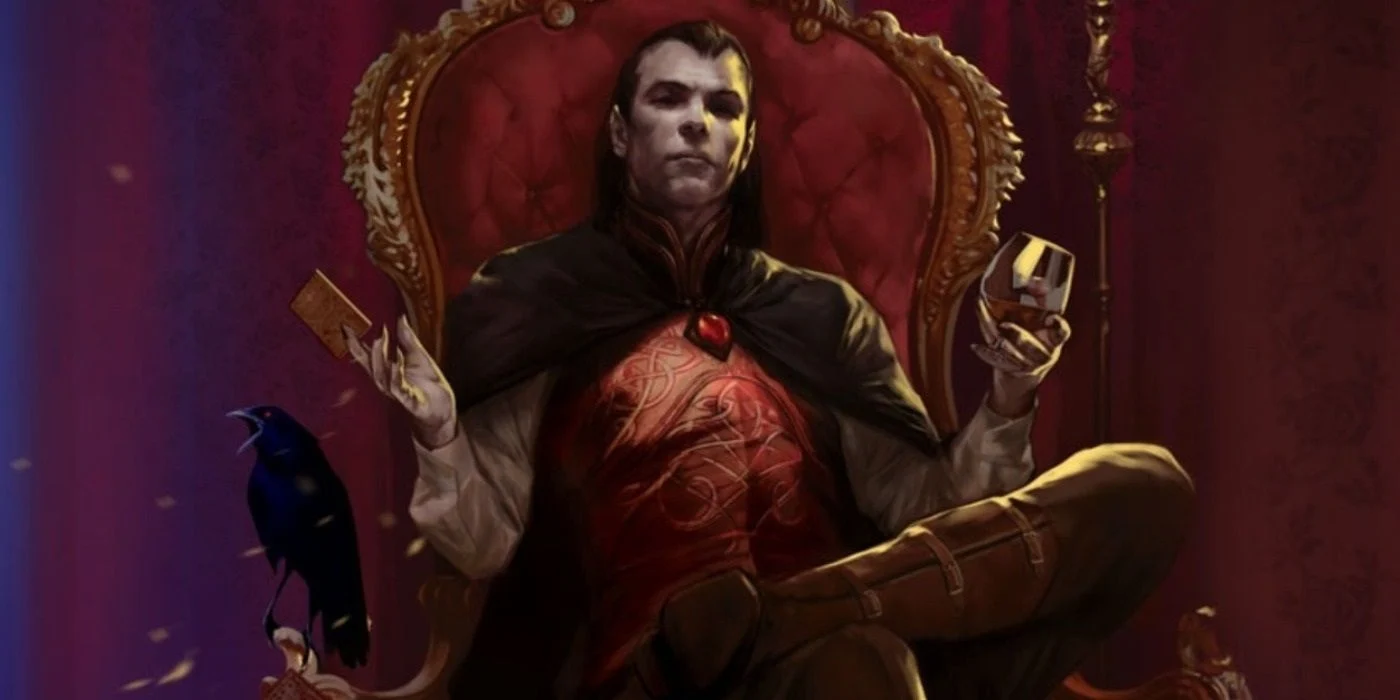 What do Castlevania, Underworld, Blade, Adventure Time and Buffy all have in common aside from being amazing? They’re all filled with great vampiric characters and each of them adds to the story in a different way. Vampires are a flexible archetype of monster, easily capable of filling a multitude of roles. They can be savage foes that rip opponents to shred and leave bloody corpses or charismatic leaders that manipulate surrounding faction’s into having absolute control and power over their region. Some might be incredible scholars that have spent their eternal life studying and mastering fields of interest that give them great power, such as magic, artifacts and invention. Others can be grouchy ancient beings that hate being disturbed by any lesser forms of life (which they view as everything). Naturally, they fit organically into a game of Dungeons and Dragons and many of my best villains and NPCs used over my 15 years of gaming have been vampires. Well crafted vampires are some of the most compelling, intimidating and intriguing villains you can make, but great care must be given when implementing them if you want them to be anything beyond a simple flavor of the week.

Vampires are one of the most well known archetypes of monster in the world. As such, everyone knows a lot of their ‘default’ abilities and more importantly their weaknesses. Sunlight destroys them, running water harms them, they can’t enter locations without permission, they’re weak to objects of faith, garlic can ward them off, and a stake to the heart is a surefire method to defeat them. With fear of the unknown being the greatest fear of mankind, it makes sense that such a well known enemy may struggle to inspire fear in players. Therefore, it is imperative you make them unknowable in some capacity.

It’s a good idea to have weaker vampires follow the ‘normal’ rules, as this can create a false sense of safety for the party, but as vampires get older and stronger they should learn fearsome new abilities and ways to combat their crippling weaknesses. Maybe they’ve changed their physiology through decades of experimentation that wards their skin from the sun, maybe they’ve discovered powerful warding magic that removes their limits, or maybe the sun only weakens older vampires instead. When vampires are on the radar for players, they’ll immediately begin questioning characters they haven’t visited outside in sunlight and you can use this to sow the seeds of distrust. A clever vampire may even use their paranoia to misdirect them into hunting down the vampire’s enemies.

As for powers, perhaps they’ve mastered hemomancy and rather than biting their victims to feed, they rip the blood from the victim’s body from a distance. Most vampires can shapeshift into bats and wolves, but what about an elder vampire that can shapeshift to become other people? As a rule of thumb try to compliment, change or add to the understood powers of vampires rather than giving them something completely out of left field. Maybe it would be cool if your vampire could conjure sentient demonic chicken nuggets and certainly that’d be an unknown power, but when the unexpected makes no narrative sense you’ll have your players rolling eyes rather than will saves.

Not only do they make great foes, they can make intriguing allies as well that can help pose tough questions of acceptable evil in the name of the greater good. Perhaps that savage foe that rips opponents to pieces is only targeting a group of powerful cultists aiming to end the world and wants to help the party bring them down. Are they okay with the absolute carnage and the brutality of their methods? Whatever archetype they fill, they can force the party to confront difficult questions and the answers can have serious ramifications. Is it okay to leave such a dangerous creature alone simply because our goals align? Is this necessary evil acceptable for the greater good? What atrocities are permissible without making them an enemy? That said, you don’t have to make your vampire NPC gritty and thought provoking. They can also add lots of levity to the game if you focus on some of the more bizarre abilities vampires have and can make for a great supporting character.  Having the party plan around the peculiar traits of their vampiric ally can make mission setup exciting, even comedic at times, especially when the vampire is key to solving some major problem. Due to their intelligence and long life, they also make for great informant type characters that give the party the information they need to stop the villains and can add interesting dilemmas if they request blood in exchange for their knowledge or expertise.

When adding vampires to your world, think of their place in it. Firstly, are they a lone vampire or part of a large society? Do their actions affect the hierarchy of the non-vampire world in some way? Are they involved directly in the underbelly of society at all, perhaps dealing with slavers to get access to fresh blood? Are they happy with their current position and just attempting to keep the status quo or are they trying to expand their influence? How much power do they seek and what are they willing to do to get it? How have they managed to avoid detection? How many lairs, servants, thralls, and partners do they have? How much conflict have they actively partaken in? Have they partaken in any major wars or conflicts between two or more large groups? You needn’t answer all of these questions and there are many still you may address outside of this list, but hopefully mentioning some of these will help you get the ball rolling.

Last, let’s address the idea of having vampiric party members. There are two main ways this can happen. If you permit the options, there are vampiric races players can pick and that is the simplest and easiest way for a player to make a vampiric PC, especially in 5e. These options are well balanced and give the player small amounts of the vampiric package without adding all the complications that typically are involved. There’s also the possibility of a player being turned into a vampire, be it voluntarily or otherwise. You must be really careful about this method and you must make evident the possibility of this happening well before it happens to make sure the party is fairly prepared. I would encourage you to talk to the player(s) that you intend to turn beforehand to make sure they’re okay with this drastic change in tone. You should also discuss exactly which powers and drawbacks they’ll receive and how to fit them in without derailing everything.

Whatever method you use, keep in mind that being a vampire is nothing small and should have major ramifications. It’s not a small feature like hair color or height, it drastically affects the way they interact with the world and vice versa. Even a vampire that tries to do good will be misunderstood, feared, and hunted down if it becomes public knowledge in most settings. The urges of the curse to feed on the life of others can be difficult to resist and even those who feed in the most humane ways possible still must be careful to do so behind closed doors. Vampiric PCs almost invariably force much of the focus on them. They get access to awesome new powers and terrible drawbacks and both must be given proper respect. Depending on which suite of abilities you give them, their powers can often trivialize some of the difficulties of encounters. Crossing a dangerous chasm is menial when you can turn into a bat and being able to charm everyone you talk to can make social intrigue become more of a formality than an encounter. Conversely, something as simple as entering the villain’s lair to kill him becomes difficult when you require an invitation and sleeping during the day can severely restrict the activities of the group. These can often force either the party to adapt their strategies to fit the needs of the vampire or the DM to alter the story to accommodate them. As always, talk to your players to make sure everyone is having fun and make sure to use your best judgment if the game seems to be taking a dip in enjoyment for the group. There’s no shame in admitting to your mistakes and asking the party what they think would be a good fix so that the group can continue to have fun.

And… that’s a wrap! Vampires are among my personal favorite monsters to implement into a story and are a ton of fun to make and run. I hope you enjoyed my first write-up in the ‘Fabulous Foes’ series of articles. Join me next week where I’ll be giving a long overdue discussion on the titular creature of Dungeons and Dragons: Dragons! Thank you for reading, I hope you enjoyed it, and until next time, stay healthy!