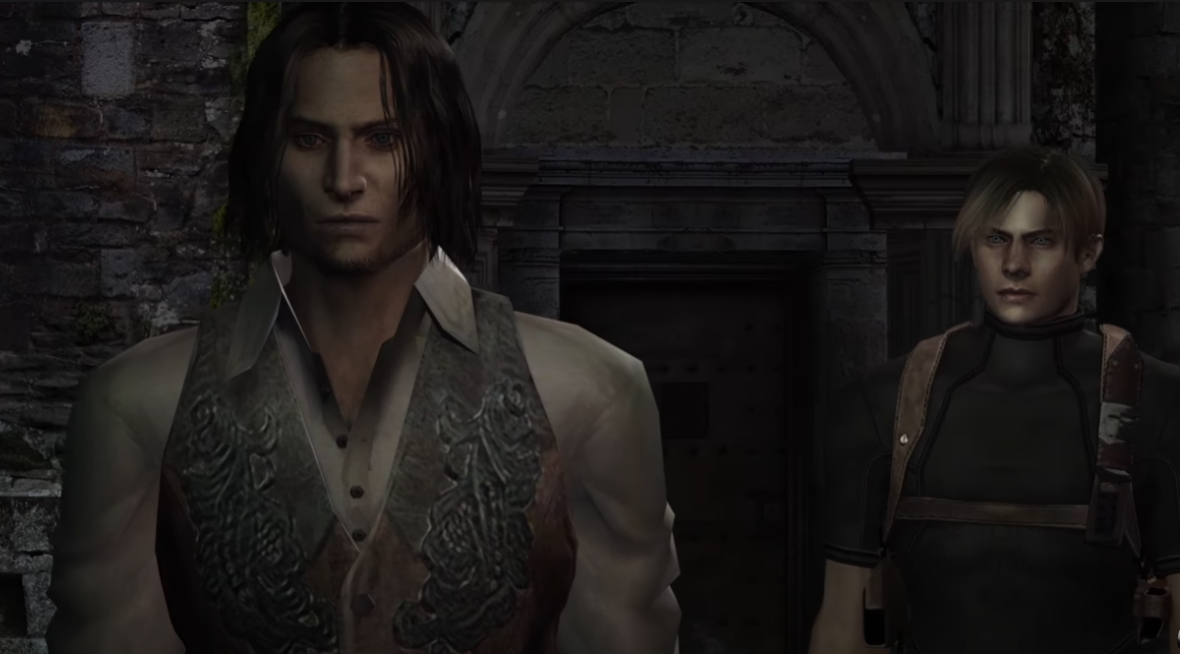 I’ve been on the record for stating that a good story is what really pulls me into a game, and characters are what makes the story. Though having things like a playable protagonist can be integral to putting us as the audience into an experience and gives us an outlet to interact with the world, it is ultimately the NPCs that fulfill the task of enriching said world we are exploring and adding depth to the story. It’s safe to say an engaging story isn’t possible without a good cast of NPCs, and thus I think it only fair we give them some love. Thus I have decided to start up a new series in my Fabulous Favorites, where I’ll talk about some of my favorites. I will be covering a single entry per article for these but going into much greater detail for each of them than my entries on their games.

These picks will written be in no particular order, and there are a few important distinctions I need to establish up front. First off, romance will not be taken into consideration when rating NPCs, as that opens up a whole extra level to consider. That’s not to say a romanceable character is ineligible, simply that I’ll rate them as a character without taking the romance route into account. Second, I will not be including any non-sentient beings, such as animal companions like Roach from The Witcher, because there really is only so much you can do to make an NPC truly important and special without dialogue and ‘free will’. Third, I will not be including enemies/antagonists. They really feel like their own category and perhaps in the future I’ll talk about my favorites in depth. Lastly I will only be including one NPC per game to, you guessed it, keep the list fresh. That said I will mention NPCs from some of the games I choose that are runner ups or noteworthy. Also this should go without saying but there will be spoilers, so if you see a character from a game you’re interested in, read at your own risk. With all the preamble out of the way, “It’s game time!”

When someone talks about great NPCs from Resident Evil 4, there are several characters that might come to mind. Ada Wong and Jack Krauser are both great characters with lots of interaction with Leon, but ultimately they both take on too antagonistic of roles to qualify for this list (I mean one of them is literally a boss you fight). There’s our helicopter bro Mike who shows up and mows down Ganados for us as he tries to aid our escape, and while his screen time is genuinely great it’s also not even a full chapter before his *ahem* explosive exit from the story. There’s also the most quotable character from RE4, and possibly all of gaming, The Merchant. After all, I’ve said “What’re you buying” with his exact cadence hundreds of times by this point, and he’s undoubtedly a character greatly beloved by the community. Ultimately though he doesn’t impact the story much and has no real defining traits other than ‘sells guns, is mysterious.’ My pick for RE4 is someone who has presence that enriches every scene he’s in, that has a heavy impact on the story even before our main character arrives and after the NPC is gone, who has great voice acting that sells some great characterization, and who provides much needed levity and emotion to the plot. I’m of course referring to the former cop from Madrid: Luis Sera.

Who doesn’t love a good wise-cracking charmer with a heart of gold and a troubled past? We get plenty of time (though not quite enough) to enjoy Luis Sera as he is introduced quite early into the game, specifically at the end of the first chapter. The introductory and follow-up scene does a great job in characterizing him, but before I get into that I want to set the stage to help ensure we fully appreciate all the details. You play as Leon, a special agent sent to find the presidents kidnapped daughter, and find yourself in a remote village in Spain. Following up on a promising lead, you and two local agents investigate the village but you quickly find yourself all alone in hostile territory. The village is full of ‘Ganados’, people infected with a parasite that makes them attack and kill any outsiders on sight, and they killed the two other agents.

You head into the village and battle off hordes of ‘Ganados’ and make your way to an abandoned farmhouse where you hear the sound of banging. Investigating you find Luis Sera tied up with duct tape over his mouth, and that immediately makes you ask several questions. “Who is this guy? Why is he tied up? Why didn’t they just kill him? Is he connected to the Ganados somehow?” You’re initially suspicious of the guy, but then his interactions are immediately comedic. You rip the tape off his mouth and his first reaction to a strange foreign man he’s never seen before coming to his rescue and untying him is to say “A little rough, don’t you think?” After you confirm you’re not a Ganado he then follows up with “Okay I have only one very important question. You got a smoke?” to which Leon replies “Got gum.” This entire interaction is quite humorous, but then immediately afterwards heavy footsteps grow louder unto a massive man enters, which Luis refers to as ‘The Big Cheese’, which is a funny comment but then you also think, “Wait, why does he know this guy?”

The following scene is of you waking up tied to Luis after you failed to kick the ‘Cheese Man’ and he knocks you both out. Leon pulls out a photo of the presidents daughter that Luis recognizes, and when questioned he jokes about having ‘psychic powers’ before explaining he overheard villagers talking about her being held at a church. You share histories and he mentions he used to be a cop but grew disenchanted with it because, “You put your life on the line but no one really appreciates you for it,” and claims that, “being a hero isn’t what it’s cracked up to be anymore.” When Leon explains he was at ground zero for a viral outbreak Luis seems to know about the incident and makes a brief comment about how he might have seen a sample of the virus in a lab at the department. These are three emotionally juxtaposed exchanges that really leave you unsure of just what kind of person Luis is. I won’t go in depth over any of his other scenes as I’ve already described these two in great detail, but every scene he is in has multiple layers of characterization to it and I love it. There’s even a scene where the two of you fight side by side and he’s pretty badass, but I also love that if you shoot him too much when you’re fighting together he thinks you’re trying to kill him and shoots you to death in a cutscene.

The last thing I wish to discuss is his death and the impact he has even after he’s gone. To put it simply, Luis Sera was a biologist from the town the events take place in. He agreed to research and experiment on the main virus of RE4 but quickly grew disenfranchised when he realized he was working for an evil cult. He created some countermeasures for if the cult leader Saddler tried to turn him and contacted an old associate to try and get help escaping. Instead the message was intercepted by Ada Wong who offered him a way to escape if Luis brings her a sample of the virus. He gets the sample but before he makes his escape he goes to grab something to help Leon, he’s caught and killed by Saddler in front of Leon in a pretty sad scene. In his last moments he gives Leon a bottle of pills to help slow down the spread of the parasite he’s infected with. Pills he went back for to give to Leon, which he may well have escaped if he hadn’t. Throughout the rest of the game you also find his old research notes that have helpful information on how to deal with many of the various monsters in the game. Most importantly you find a machine he designed to remove the parasite from someone (which he used to remove his own), effectively curing them before they become a mindless puppet. Luis’ character creates a really interesting dichotomy. On the one hand he’s partially responsible for how much the parasite has advanced as well as some of the strange creatures the cult uses, but on the other he actively sabotaged their operations and made medicine and a machine to help combat the parasite. I’ve recently started my 22nd playthrough of RE4, and my enjoyment of Luis is what got me to write this article in the first place.

And… that’s a wrap! I hope you enjoyed me talking about Resident Evil 4 yet again, and maybe you’ll love Luis Sera just as much as I do (if you don’t already!). I hope you’ll join me next week where I’ll discuss a character from the Borderlands series. Who could it be? Place you bets, and let me know some of your favorites! Until then, I hope you guys have a lovely week, and as always I hope you stay healthy!