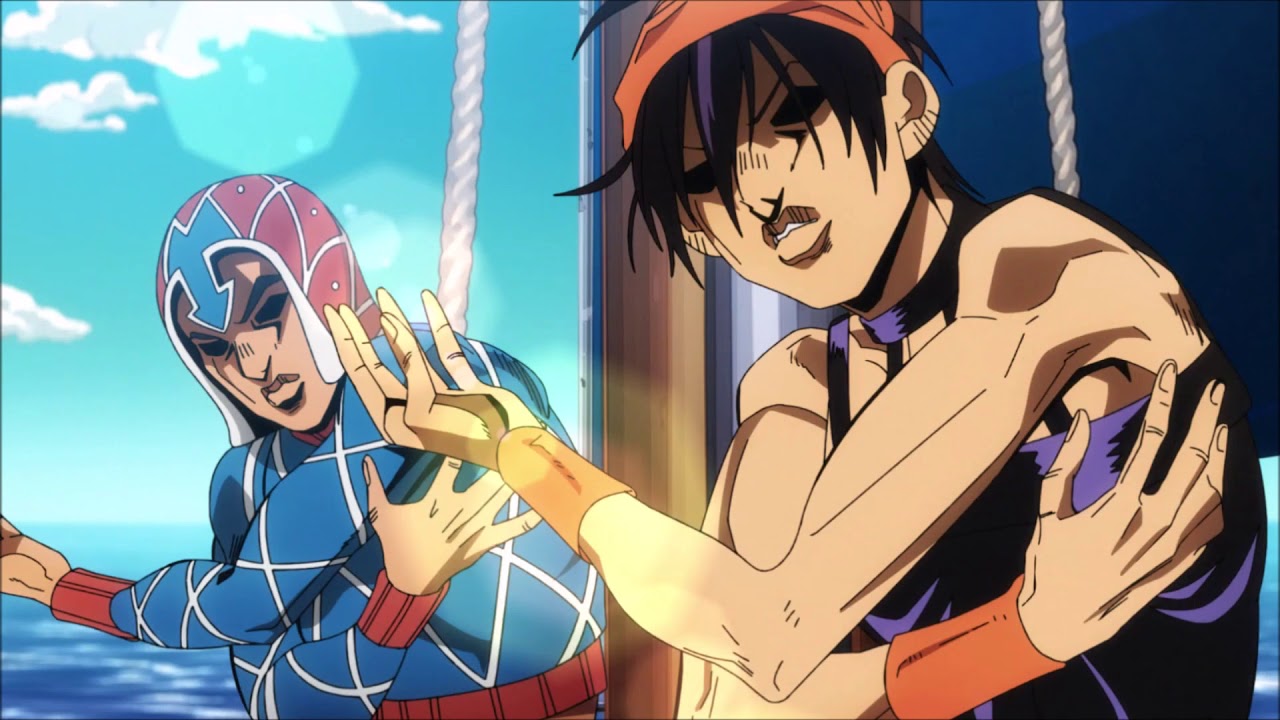 I love music. I don’t think that’s a unique sentiment, however a unique (and embarrassing) fact that helps show my love for music is that up until I was fourteen I would sing myself to sleep whilst thumping my head on the pillow like a drum beat. As you might expect from someone like that, I stayed in choir all throughout school and really loved it. Even when I was the only male in my class for a year I still poured my heart into singing. Music has comforted me when I’ve had bad moments and at times has inspired me to get creative; it’s why I listen to music when I write and why I recommend you do the same if you want to get into a creative zone! Much like last week, I’m going to be discussing something that I have no degree or other similar ‘certificate’ that would give my opinions authority or authenticity.

I will of course be talking about music, specifically some of my favorite opening themes from anime. To be honest I know a lot less about the technical side of what makes music good or bad than I did discussing what goes into fight scenes. Therefore I’m not going to have any deeper meaning behind this article or try to get you to think of things deep and critically, I’ll just be sharing some tracks from my favorite anime’s and why I like them so much. It is worth noting I’ll be sticking to only one OP per series (otherwise I could easily cram this list with 5+ OPs from many of the shows on this list) in order to make me really have to decide on my favorites. I will also be sharing the full version of these songs, but I’ll make sure to let you know the series and which OP they are numerically. So if you wanna look up the OP yourself you can do so! There will also be no spoilers involving the shows I discuss, however if you look up the OP itself beware there may be spoilers in the visuals of it (and especially the comments) so view those with care.

Lets start this list off the same way I did last week; with Tokyo Ghoul! This anime OP is extremely popular, you’ll find it pretty high on most lists ranking the best OPs across all of anime. The vocals start out so soft and almost lullaby-like, yet as the song ramps up the vocals get cranked to 100 suddenly at the chorus. The visuals of the OP are also captivating and help sell the trance-like feeling of the song. It starts out in a peaceful ocean-like void with a picturesque cloudy sky, but as the chorus hits the visuals explode in a beautiful and colorful way! Highly recommend this series, season one and two are great, season three is divisive for sure but it has some amazing tracks in the anime as well like Glassy Sky that are worth watching the show for on their own.

Next up we have my favorite OP from my favorite anime. Much like with Tokyo Ghoul and to be completely honest in ALL of the shows I’ll be sharing, Full Metal Alchemist: Brotherhood has tons of great music in it outside of the OPs. There are five OPs in total, and while the most popular OP is the first one (Again by Yui), my personal favorite has always been OP four. I can’t fully put my finger on why I love it so much, it’s just so damn catchy and the instruments compliment the vocals at every part beautifully. The vocals start out mellow and the gentle acoustic guitar matches it, then when the chorus hits and becomes hype the music follows suit. It also has some awesome little fight animations in it that are really cool to look at. One of my favorite sequences in an OP is with Kimblee floating down over a snowy field, taking a dapper pose, and then fire off his beautiful attack. Full warning, if you look up the OP it has heavy plot spoilers in the visual, I highly recommend avoiding it until you’ve seen FMAB, that’s a series I cannot recommend enough and I cannot stress the significance of going into with no spoilers!

Next up is a show I talk about a lot on here and my 2nd favorite anime currently (though if it continues at the awesome pace it’s going it’ll most likely overtake FMAB). My Hero Academia is a show that is truly near and dear to me, as it provided me motivation when I was going through some tough times and has genuinely improved my life. It has a ton of OPs to choose from and not a single bad track imho, so this was a tough choice. Ultimately I chose OP 6, Polaris by Blue Encount. It’s a really emotionally charged song for an extremely emotionally charged part of the show that’s introduced many peoples favorite character in the series. Much like the other MHA OPs it has a ton of really fast paced action sequences in its OP coupled by long shots of important characters

One word summarizes this OP: Hype. Right out the gate it gets you sucked into the brutal action of the world of Attack on Titan with an aggressive and triumphant track that lets you feel the same kind of motivation that the protagonist has for his totally peaceful motivations! It’s the first OP and it does a great job getting you invested. The visuals do a great job too selling two of the major and unique factors of the series: the massive titans and the 3D maneuvering gear they use to battle them. More so than any other show on this list, Attack on Titan has a stunningly amazing soundtrack. Every track is so beautiful, catchy, epic and/or all of the above. The main problem though is that a ton of the tracks have absurdly difficult names to look up (I’m looking at you 進撃st-hrn-egt20130629巨人). This op is called Feuerroter Pfeil und Bogen by Linked Horizon. To be honest I would choose the OP from the second part of the fourth season, however it has some potential for spoiler implications and I couldn’t bear knowing I might have spoiled this show for someone. So this one is an extremely close second. Do yourself a favor and watch Attack on Titan and I’d suggest watching it subbed even if you are a dub fan like myself because they change a lot of the show’s sound design for the worse. I know the blood may be a major turn off for a lot of you but it has a fantastic plot that really evolves over the course of the show alongside its main character with some of the most interesting character development in any series ever.

Last but not least we have an OP from the fantastically fun and enjoyable show JoJo’s Bizarre Adventure. It has an admittedly slow start but by the time part two and three roll around the show significantly picks up in quality and truly finds its own groove. Speaking of groove, every one of the OPs is an absolute banger. This was probably the toughest choice for me, they all perfectly encapsulate the arc they’re covering and have such great visuals, however I ultimately went with Fighting Gold by Coda. While many of the other OPs grew on me, this one grabbed me from the first three notes and I’ve been jamming out to it ever since. The visuals are extremely stylized and colorful and chock full of symbolism and subtlety. It’s mesmerizing to watch and an awesome head banger to jam out to.

And… that’s a wrap! I hope you enjoyed these songs and hope perhaps that it inspires you to check out some of the respective shows if you haven’t already! I’m one of those weird people that listens to more music from shows and video games than songs from bands, so this was a small peak into the type of music I like to jam out to! What are some of your favorite OPs from shows? Is the Pokémon opening your favorite or do you like more obscure stuff? Let me know! Until next time, thank you guys for reading and listening, I hope you’ve enjoyed, and until next time stay healthy!