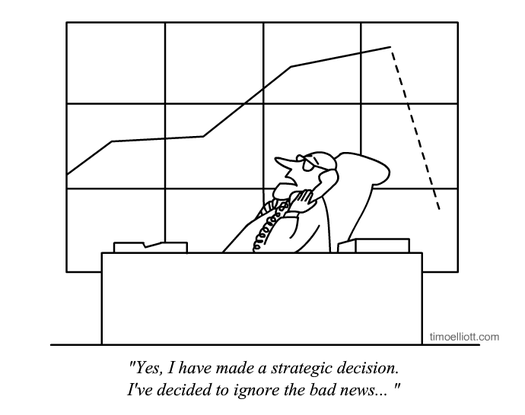 Hello and happy Monday to ya! Hope the weekend was nice and that you’re feeling ready for the last week of the month. Now, before we start discussing today’s topic, I’d like to to take a moment to state something obvious. Everything you’re about to read from me today and Jonah tomorrow are strictly our OPINIONS. We are not by any stretch of the imagination authoritative figures on this topic. No one is. At the end of the day these are just pieces of text on the World Wide Web made by two people who thought it’d be fun to talk about Live Action Adaptations. That is all. Without further ado, let’s get into it!

A Case Against Live Action Adaptations

I want to ask you a question: why are live action adaptations made? Before I answer this myself, I’ll take a moment here to acknowledge that my perspective is largely from the position of someone who has seen many of his favorite characters, stories and worlds rendered outside of their original mediums. I’ll try my best to be objective, but after years of exposure to adaptations varying in quality my thoughts won’t be the fairest. That being said, if I try to think about this objectively as stated, something that comes to mind immediately is the notion of capitalizing on the growth of an IP. That makes sense as a business move on paper, right? What happens in reality is something that I can only describe as oddly upsetting from a fan perspective and disappointingly laughable from a business perspective. What do I mean by that? Well let’s address the fan perspective first.

There’s been some Live Action adapted stories and characters that I’ve enjoyed over the years that have managed to satisfy me as a fan in some way. The first Transformers (2007) by Michael Bay comes to mind. I’ve been a fan of the IP since I was in early Elementary School and when the film came out I enjoyed the heck out of it. Still do. Just the first one though, what the sequels brought may have been alright enough to warrant their existences, but time has not done them any favors. Bumblebee was solid enough at least. I can say that because of the ~3 minutes of awesomely rendered Cybetronian warfare and Hailee Steinfeld being the lead human in the story. That’s all it’s really getting from me. It riles me up thinking about how the film produced something I as a fan had been waiting for years to see in some manner and it’s only three minutes.

As a fan and someone who also tries to keep their ear to the ground around business decisions made for the IPs I care about, that the Transformers properties are for helping to sell the toys. I’d argue that the Bayformers films were created mostly to do that and to help sell the Chevrolet Camaro among numerous other products shown in the films. A giant commercial masquerading as a summer blockbuster. What’s really upsetting though is that one of the most well known details about the Transformers is that they’re on Earth because their home planet of Cybertron became ravaged due to their civil war. We haven’t seen nearly anything about their war outside of the numerous animated series and video games. Why is that? Like c’mon, a film about the Transformers during the era of their civil war on Cybertron would be rad as heck. It’d sell toys just as well as the Bayformers had, likely even more. Instead we keep insisting that being on Earth and having human characters is the way to go. My love for the Transformers is great enough that I’m able to stomach these attempts and even find enjoyment in them. I feel like as a fan, it’s all I can do. Grit my teeth through the human subplots, crude jokes, and product placement. Definitely what I paid money for…thanks.

Now let’s address the other side, the business side. It’s become clear that there’s enough of an audience interested in live action adaptations. Seeing a story, characters and world rendered into some reimagining of our own existence has potential if done with care and respect. I really do believe this. Without that you have something pretending to be something else. A story stripped down to fit a runtime and characters often altered for the viewing experience. Despite this though, they’re doing well enough and thus keep coming. You go where the money is, even at the cost of the source material apparently. I’ve seen it time and time again where a studio decides to change things up for whatever reason and end up with something subpar. That’s a huge misstep in my eyes and why I call it laughable as a business decision. Respect the source material. It’s one of the greatest held beliefs I have as a fan of fiction. It’s not difficult to imagine why not respecting the source material can tarnish the standing of an IP, thus making any future attempts that much more difficult to execute.

It’s not rocket science, really. It boils down to a question: what made it special in the first place? If you don’t think that the medium it was originally in contributed greatly to the success it had in the first place then you’re part of the problem. Audiences have become wise to the practices of Hollywood and have established a higher bar for acceptance. A lazily executed adaptation of a well adored IP is going to earn back less than what you gave it. Do you get why I feel the business decisions are laughable? The real tragedy of all this is that studio or executives will blame the IP for not being lucrative enough, even though it may have been prior to an adaptations being made. No responsibility taken for the degradation. It’s sickening.

So What Do You Think?

Opening up our discussion with an opposing stance is a choice for sure, but hopefully one that anchors us into a more grounded view. It wouldn’t be much of a discussion if I just leaned into what I feel as a fan haha. Even then, I didn’t state my entire thoughts today. I hope to get more out on Wednesday when Jonah and I close out our discussion. Anyhow, let me know what you think in the comments and stay tuned tomorrow for Jonah’s case for Live Action Adaptations. Until then, be well and be safe. Talk at ya soon!