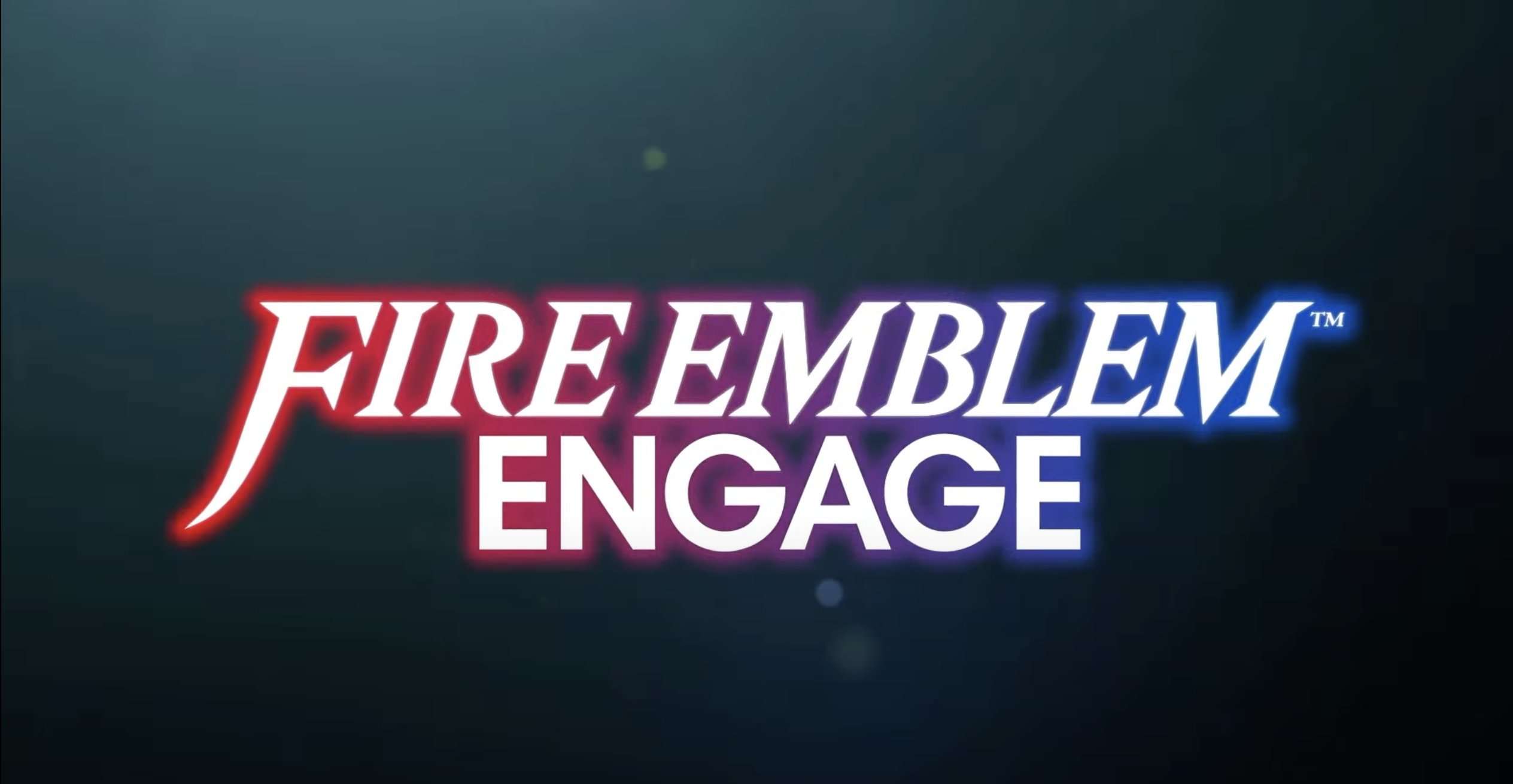 Well, it looks like that time of year again. I had just gotten used to the peace and quiet of not listening to Smash Bros. fans complain about Fire Emblem, so it’s a shame that I’m probably going to start hearing it again soon. Hopefully the sound of $60 leaving my wallet will be sufficient enough to drown them out.
FIRE EMBLEM ENGAGE, the next mainline entry in my favorite series has been freshly announced and boy are my arms tired. I have a lot to unpack with this already, so I’d like to get one thing out of the way ahead of time; I am very much looking forward to this game. Do I enjoy the protagonist design? No, but let’s hold off on that for a moment. Allow me to give you a glimpse into what’s in store:

In honor of our new Gundam color-schemed main character, I’ll be writing this post in red, white, blue, and yellow, so do what you can to be festive with me.
Now, right off the bat, with the first image shown and first line spoken, we have something really interesting on our plate. The narration tells of an old war, a battle for who will remain. With hieroglyphic-like art fashioned upon a mosaic dial, we get images of the heroes said to have helped end the war from long ago, this dial encircling the characters’ known world. And, for the uninformed, these heroes (depicted below) are the main characters of the pervious mainline titles in the series. In order, you get:
-Marth, protagonist of Fire Emblem: Shadow Dragon and the Blade of Light, who proceeded to also be the star (though sharing the spotlight this time) of Fire Emblem: Mystery of the Emblem. These were the first and third installments respectively and also both got remakes on the DS later on.
-Celica, who actually shares the protagonist role of Fire Emblem: Gaiden and its remake, Fire Emblem Echoes: Shadows of Valentia with a character named Alm, the likes of which is very absent from this depiction.
-Sigurd, who was featured as the protagonist of Fire Emblem: Genealogy of the Holy War until his son, Seliph, takes over the story. Sigurd is the first main character who is a horseback unit from the start as opposed to being infantry-locked.
-Leif, the son of one of Sigurd’s close friends in a continuation of Genealogy, entitled Fire Emblem: Thracia 776.
-Roy, our boy, who took the spotlight in the first FE on the Gameboy Advanced in Fire Emblem: The Binding Blade (colloquially referred to as Roy Story).
-Lyn, who is actually one of a trio of protagonists for the title Fire Emblem: The Blazing Blade (the other two are Eliwood and Hector, all my homies love Hector). This was not only the first title released in America, but also is a prequel to Roy Story. Of the three main characters of this one, Eliwood is Roy’s father.
-Eirika, yet another protagonist who shares a spotlight. Her brother, Ephraim (my favorite), is missing from this mosaic as well, leaving Eirika as the sole representative for Fire Emblem: The Sacred Stones (also my favorite).
-Ike, featured in both Path of Radiance and its sequel Radiant Dawn. He fights for his friends 🙂
-Micaiah, who is actually more so considered the protagonist of Radiant Dawn than Ike and did not appear in Path of Radiance. These titles are about furry racism (ruh-roh).
-Lucina, who appeared in Fire Emblem: Awakening. Sadly, the other characters considered the heroes of this title are not depicted. Robin (who is you, the player), and Chrom, Lucina’s father, have been shafted in this case.
-Corrin, the moldy piece of plaster that fills the space of a protagonist for the triple whammy entry (or entries, depending on how you classify it) of Fates: Birthright, Fates: Conquest, and Fates: Revelations. In this one they made three branching storylines, hence the three different titles, and boy were my braincells tired.
-Byleth, the main character before this entry, Fire Emblem: Three Houses. A very cool homunculus, I like this one and so should you. You could argue that Dimitri, Edelgard, and Claude should be considered protagonists of this entry as well, but given the circumstances of the branching storylines (done right this time), I disagree with that.

Okay good lords that’s finally done.
SO the big deal here is that these game titles, unless they are sequels, prequels, or explicitly stated to be within the same world, are all implied to be separate. We haven’t gotten some big official timeline like the Zelda games got years ago. Marth’s games, Alm and Celica’s game, and Lucina’s game are all outright related. Alm and Celica’s story goes on between Marth’s two, and Lucina is the descendant of Marth. Sigurd, Seliph, and Leif’s stories are all one timeline, and the two games featuring Ike (referred to as the Tellius Saga) are a connected timeline of their own. Plus like I said, Blazing Blade is a prequel to Roy Story.
With this talk of how the heroes were drawn from different worlds, it almost confirms after all that the stories are meant to be separate entities from each other. Almost.
Now I am forced to dip into the mobile game.
Fire Emblem: Heroes is a non-canon gacha game. It features an original story and characters based off of Norse mythology that revolves around summoning heroes from the mainline FE titles to aid their fight against bad guys. Which is eerily similar to the plot described in the Engage trailer. Now, the mobile game being non-canon means that it can do whatever it wants and not affect the other games. In doing so, they create alternate versions of the characters of each title, everything from young versions to dressed-up Halloween versions to “ascended” and “legendary” versions.

Notice, my friends, the swords of their original designs. Now look at THIS

LUCINA IS USING A BOW, HER DESIGN IS NOT THE SAME AS HER OFFICIAL ONE. And if you look back up at the circular art featuring the past protags, you’ll see Ike is holding an axe, not his sword.
They both, in fact, seem to have been called to this world like THIS

These alts featured in the mobile game are exactly that, they’re specific to the mobile game. They previously didn’t have a place in canon. However, now they DO, as these are the versions of Ike and Lucina that were summoned to save the world of FE Engage. The fact that they’re here means we could be seeing multiple versions of each character, as the canon timelines are NOT the only things up for grabs anymore.
Even MORE than that, I’m thinking that the plot will include some sort of byproduct of summoning these heroes that would entail that THIS game is the culmination of all the timelines. Each game’s world potentially having been merged into this one, consequences and all.
For example, The Fell Dragon is the main antagonist of Awakening, and ONLY Awakening. Yet here, we are being told that The Fell Dragon was the evil that they had been in danger of all those years ago, and the reason they needed to call out to other worlds for help (Lucina is gonna get so many PTSD flashbacks).
Furthermore, there’s a point in the trailer where one of the characters is telling Alear, the main character of this entry, that he is “a divine dragon, a member of a royal family”, which is how the bloodline of the royal family in Fates: Conquest works (making Corrin able to turn into a dragon).
There are even various character designs in the trailer that I can point at and “these look awfully reminiscent of past characters” like

Not to mention that Micaiah’s yellow eyes is not a common trait throughout the series. Is it exclusive to her? No. But for these twins to have her uncommon trait alongside even sticking to the couple’s color schemes? You can’t convince me it’s a coincidence.

I think it’s far too busy. I think the combating colors is a poor design choice, or at least just very abrasive. I think the hair colors could work better if they were a gradient and not outright mixing like they are. I think it looks like someone shoved a Fruit by the Foot into their skull and it oozed out like playdough hair.
But?
Since I think that the worlds of the past games are merging into the world of this one, I feel like this design is supposed to epitomize that. Not just from elements of Alear’s outfit, but outfits from the various characters shown in the trailer look as though they have picked out what they liked best from other games and even from specific characters. Celine is very reminiscent of Celica with a touch of Lissa, Alfred wears garb that looks akin to Sigurd’s, Vander’s pauldrons remind me of Alois from Three Houses… there’s a lot going on. The tiny details of Alear’s design even give hints of Corrin in the gloves, Byleth in his fusion, and the mobile game’s aesthetic. And honestly? If the point really is to hammer home how it’s all converging into one? I think the design works out after all. I’ve definitely warmed up to it over the last few days as I mulled it all over. Besides,

NEVER IN MY LIFE DID I THINK THERE WAS GOING TO BE A FIRE EMBLEM FEATURING MARTH AS A PERSONA.

AND I’M NOT TALKING ABOUT TOKYO MIRAGE SESSIONS, I MEAN A FIRE EMBLEM-ASS FIRE EMBLEM.

We’re living in the best timeline, and boy are my arms tired