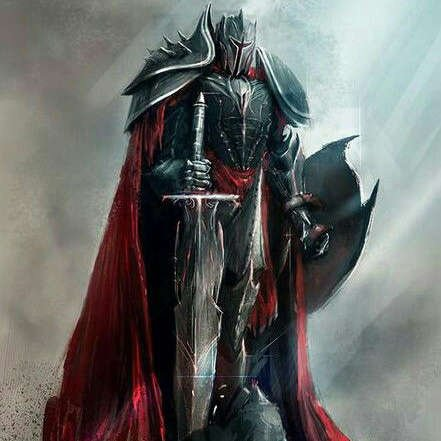 Like my colleague Connor Woodward expressed in his series The Villain Roundup (which you should check out if you haven’t already), villains and antagonists make for some of the most interesting characters out there. It’s no surprise then that a lot of players wish to capture some of that magic by playing characters with questionable morals and motivations. After all, why should Dungeon Masters get to have all the fun? Evil characters played right can create dynamic contrasts amongst the party that can bring out the best in their good aligned comrades as they struggle to discover what levels of evil they can accept. It also adds numerous new solutions to problems for the group that would have been off the table due to morality and allows the Dungeon Master to force the party to make difficult choices. Oftentimes the more evil solution can also be the easiest, such as abandoning or killing a group of lost survivors in a dangerous forest rather than escorting them to safety, and it allows you to force the party to make difficult choices on what they ultimately believe to be correct. What sacrifices are acceptable for the greater good?

That said, when played poorly they can ruin campaigns, create conflicts between the players outside the table and even break up gaming groups. Oh so often have I seen players think that playing an asshole with no redeeming qualities that constantly ruins things for the party and justifies it as “it’s what my character would do” because they are ‘evil’. There are a few major factors you must consider when making a villainous protagonist in Dungeons and Dragons. For many groups and players, DnD is a serious commitment and many players’ high points of the week that they look forward to, so ruining that experience for the other players due to poor understanding on how to properly play an evil character is absolutely unacceptable. Many issues can be avoided by being a courteous player, but even a well intentioned character can still become a problem if they aren’t constructed correctly.

When designing an evil character you must have a compelling answer to a few questions: Why will the party want to keep my character around? Why does my character need the party? What advantages does my character gain by being evil? How will my character ensure their evil acts don’t hinder the party? The importance of some of these questions may seem confusing at first, but as we go over each of them you’ll begin to understand why they are so important.

Why will the party want to keep me around? Dungeons and Dragons does its best job to immerse players in the world and make it feel real. However, due to the nature of it being a group game, the group ultimately has to stick together. The only time this becomes a problem is when you make a character that the group has no reason to keep around, or even worse yet has reasons to actively kick from the group. It can destroy immersion and believability when the players have to keep someone around when it makes no sense. It is your job to make sure that even throughout the conflicts that may arise from your character, you are still actively important to the group in a way not easily replicated or replaced. Perhaps you’re the heir of a wealthy aristocrat with great influence and you have insider knowledge, access to closed door groups, and political power you can use for the party. You could be a bandit or former bandit that knows a lot of the nearby groups and can get you information from your old gang. Maybe you’re just really damn good at killing people and have no reservations about who, but only so long as you’re given an order by someone you view as important and think your party is important. Whatever you decide, make sure to talk and work with your DM to make sure it fits with the story and themes they have so that they can help put your backstory into the game.

Why does my character need the party? Often when we think of evil characters we think of loners isolated due to their differences from the common public. You may be tempted to make a character that is entirely self sufficient, wants nothing to do with others, and is a reluctant follower of the party. This is a massive trap. Most great villains understand the importance of having others to help you. While the party may not be evil henchmen they can become a safety net for your character, one that only an absolute idiot of an evil character would ignore. Whether for selfish reasons or earnest ones, you need to build a bond with the other party members that makes them care for you, even if your end of it is somewhat fake. You also need to make sure to actively protect your ‘investment’, to stick with them in tough times and bail them out, as that makes for the most loyal of followers. If your character has no major connections to the party, when betrayal becomes an enticing option, you have no good reason to turn it down and the inverse is true as well. Why wouldn’t they turn you into authorities if you’re just a liability to them? You must actively help the party out and have their best interests at heart and they will do the same. Not only is this crucial to the survival of an evil character, it is crucial for ensuring the game itself survives.

What advantages does my character gain by being evil? This may seem strange, but it’s important to think about when designing your character. This isn’t so simple as “being evil allows them to kill without remorse”. We need to know what being evil does for the story you’re trying to tell with your character. Let me build a character to help explain this point best: This character is a strong warrior who desires to be known as the best in all the lands. If we were to make them good, we could make them an honorable warrior that seeks this out by challenging every strong person they find in open and fair combat. Already it sounds like a character with clear goals and an outline for how to roleplay them. Lets instead make them evil. They still wish to be the best, but now their motivations aren’t so pure and they aren’t so noble in their methods. They aren’t interested in being the best for the glory of it, but for the fear and respect such a title commands.  They still challenge strong warriors, but now they have no reservations about poisoning their foe before the match or using cheap tricks in combat to catch them off guard and stacking advantages in their favor before the match ever starts. Not only that, but they’re not afraid to use loved ones of the warriors that don’t want to fight as leverage or hostages to get them to duel. By being evil, this character is far more likely to achieve their goals and can force warriors to fight him, where the good version would have to respect their wishes and move on. Additionally, it grants them insight into how other evil characters may think and act and they can use it to outplay foes that may try and use their tricks against them. If you’re just playing an evil character for the sake of being an evil character with no answer in mind, your character will be shallow and lacking in their full potential and you will most of the time be better off playing a good or neutral character to avoid risk of ruining the game. Additionally, one of the most compelling character arcs, the redemption arc, isn’t at all possible if you’re not an evil character. I can’t stress enough to discuss your character with the DM to make sure they understand what your plan for your character is and how to best understand why being evil will make your character and ultimately the story better.

How will my character ensure their evil acts don’t hinder the party? This one is the most simple question to answer, but that doesn’t make it any less important. You need to make sure that whatever evil habits your character has, it doesn’t end up constantly biting the group in the ass. If you make a serial killer who murders folks in every new town you head to, construct an alibi, carefully cover up your kills, and throw in fake clues to mislead any investigators. Use a different method of killing than your character uses when they fight or leave a calling card that leads to a character in your backstory you despise. Get creative, as this can be one of the most fun aspects of playing an evil character. Whatever evil acts you plan to do, don’t make them the party’s problem. That ends up making the narrative feel like it’s entirely focused on you and your actions and it gets in the way of the stories the other players may be trying to tell. Once in a while the DM will likely throw consequences your way, but ensure that it isn’t a recurring issue for your group or they won’t want your character around.

And… that’s a wrap! Villainous PCs can create some of the most interesting dynamics in a party and when done right amplifies the traits of the other players. Don’t take this as me telling you to always make evil characters, rather view this as a guide on what to do when you feel the need to make one. Join me next time where I begin a new segment discussing my favorite monsters and how they can enrich your games. First on the chopping block are vampires! Thank you for reading, I hope you enjoyed it, and until next time, stay healthy!