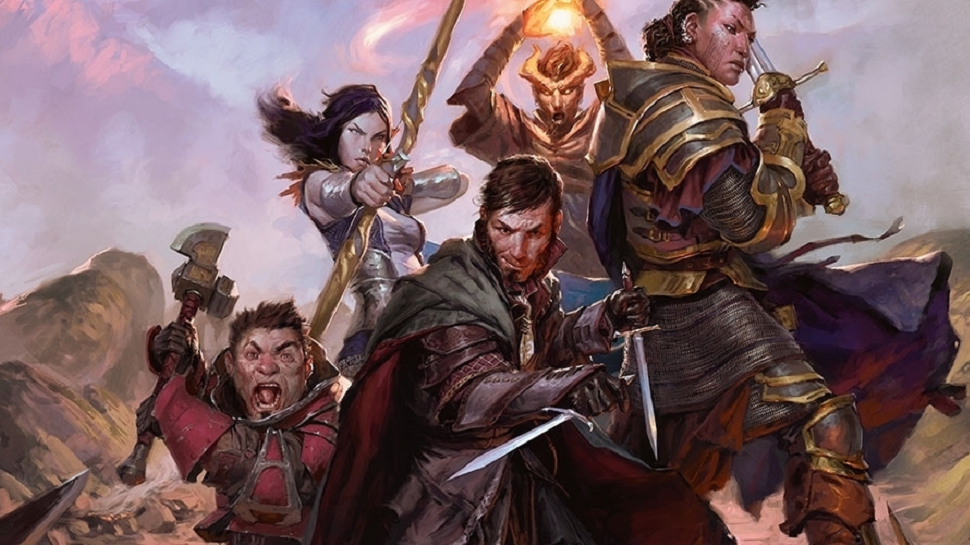 When venturing into the unknown, many of us will default back into what’s comfortable and easy for us. In a game where you roleplay a character, that typically leads to people essentially roleplaying themselves, creating a cutout replica of a popular character trope, or heavily basing their person off their favorite fictional character. There’s no shame in that. My first DnD character was just me with the ability to throw hands, and by worrying less about how to roleplay my character, it helped me to learn the game mechanics better so that I could spend less time worrying about the rules down the road and focus more on my characters. If playing something comfortable helps you get into the hobby, do so. We’ll go over each ‘comfort character’ type, and discuss how you can still make them feel fresh and enjoyable for you and the group. At the core, my advice boils down to a key philosophy I wholeheartedly believe every player, new or veteran, should employ when making characters. Take what you know, what you’re comfortable with, what feels familiar, and challenge it in some way.

Whether making yourself or something original, I encourage you to add just one unorthodox detail, that separates your character from whomever they’re meant to emulate, and really lean into that. Maybe they have a penchant for alcohol after stressful situations, maybe they have an extreme fear of dirt and grime, or perhaps they’re ruthless and cutthroat. Whatever the trait is, please make it something that you yourself don’t personally share. By playing someone comfortable for you but adding a spin to it, it still lets you lean on something familiar while beginning to help you think critically about how to play out traits that differ from what you know, even if it’s just one trait at a time.

When playing ‘yourself’, make it your goal that the other players at the table don’t realize that fact. Putting yourself into the shoes of a character that has awesome abilities and powers that you don’t have (like being able to sleep for 8 hours…) can often feel satisfying. Make sure when making your character you add details that you don’t personally have to create a level of separation from yourself and help it feel fresh and nuanced for you as you play it more and more.  One powerful side effect about playing yourself is that you can give them issues you may be currently having and use it as a tool to address topics you may not feel comfortable bringing up normally. Self-doubt and/or image issues, struggles with addiction, imposter syndrome and dread for the future can all make for great arcs for your character as they fight to overcome them, and their journey can often help with yours. “Perfect” characters can often feel uninspired or one note.The best characters have flaws and struggles, and that includes you reading this. You are a great character.

As for tropes/archetypes, the brute, the bookworm, the charmer, the paragon, the trickster/outlaw and the outlander are the most common ones I’ve come across throughout my 13+ years of playing Dungeons and Dragons. Each one lends to a few classes well, such as the paragon being a paladin or cleric, but some of the most fun and interesting characters I’ve seen took these archetypes and added a spin to them, often playing classes that clashed with the archetypes core identity. The barbarian charmer, the outlaw bard and the paragon rogue are a few examples, and they harken back to that idea of challenging what you know. Archetypes make for great templates and starting points for you to modify to fit your needs perfectly. Play up the archetype and the spin you put on it in equal measures and your character will feel like a breath of fresh air in a thick fog of formulaic and identical characters.

Lastly, there’s the comfort of emulating one of your favorite characters in fiction. You can make essentially a carbon copy of them, having them speak, act and fight identically and possibly even using art and a name that fits their likeness. This can be a great route when done properly, as your passion for the emulated character can translate to passion in the game, and it can be a really easy way to know how to act in a way that differs from you individually. However, you should always avoid exact replication, as that can end up making your character feel one note and uninspired, especially for the other players, and you may find yourself bored quickly once the novelty of the character wears off if you don’t give them traits to stand apart. Once again, add your own spin to it, give them traits that contrast their ideals and core personality in an interesting and engaging way, and play up the flaws of the character.

Creating a backstory can feel like a massive and daunting task, but at its core it is simply you answering three main questions. What is your character like, what made them that way and what are their goals. The great part is that in answering these questions, you create a guideline and roadmap for how to play your character. Oftentimes much of how we act can be traced back to a few key moments in our life, and what helps me answer these questions cohesively is to tie them into an experience(s) or major event(s) that shaped them. Perhaps it’s the death of family, encouragement at a pivotal stage in development, a failure that haunts them, or a miracle that forever changed them. Detail how they felt in the moment, how it changed their world view, and what they want to do going forward because of said event(s), and you’ve got an easy to replicate formula for fleshing out your characters. When making your backstory, whenever possible, work together with your DM to hammer out details to help fit them even better into the world and story. If an NPC made a big impact on your character, create it with them and they can use it as a great plot point for your character. If you have an idea for a type of setting, like a humble farming village or an elven outpost in the forest, see if they have any locations that fit your idea, and if not you can generate the place with them and have fun fleshing out the ideologies, struggles and culture of its people.

A few pitfalls you should avoid when making your character. First off, your character should want to adventure, and should accept the plot hooks your DM throws at them consistently, even if it is after deliberation. You don’t have to be someone seeking fun and fortune, but they should be proactive in the events that will ultimately shape their lives. There is a reason they’re the protagonists, so do yourself and your DM a favor and go out there and help mold that story. Second, this is a team based game, so make sure you play nice with the other characters, share the spotlight and work together. While it can be fun to make a loner who doesn’t get along with others, it is still entirely YOUR job to give them a reason they can still work with others. If someone is an asshole to you 24/7 and doesn’t help, why would you keep them around? This doesn’t mean your character needs to be a team leader, just don’t break the immersion of the group by having a character that realistically should have been kicked from the group but can’t be because they’re a PC. Lastly, remember that your character is just beginning their story, so don’t get carried away in the backstory. Their greatest deeds are ahead of them, otherwise why would they bother adventuring? It also doesn’t make much sense for a character who led an army or battled with demons to suddenly struggle fighting goblins and bandits.

And… that’s a wrap! I hope you enjoyed this look at some easy ways to make your first character be enjoyable and unique, and learned what to avoid when finalizing them. Join me next time where we discuss the idea of character arcs, how they differ in this medium, how to incorporate them into your character without revolving everything around it, and how to help and encourage the arcs of your fellow players!  Thank you for reading, I hope you enjoyed it, and until next time, stay healthy!